Stone Recognized as Elite Division Player of the Week

Rarely does a player in his first-ever game at the junior level make such an impact. But that is what happened to Charleston native Jordan Stone. The starting goalie for the Colonials Elite registered 60 saves in a 3-2 loss against the Carolina Jr. Hurricanes on Sept. 14. For that, Jordan was named a USPHL Elite Player of the Week. The Colonials are back in action this weekend in Ft. Myers, FL with a Florida Division series against the Florida Eels. 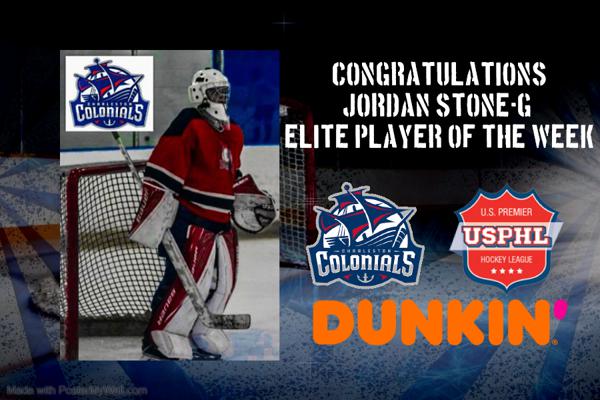